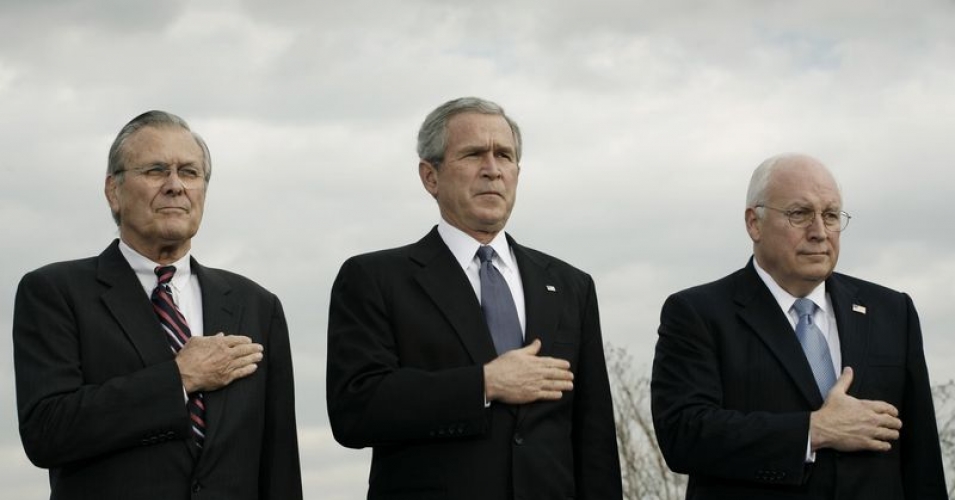 George Walker Bush was the 43th President of the United States. Accompanied with his Vice President, Dick Cheney, Bush ruled the America and replaced the former President, Bill Clinton. During his two periods of running the throne, there were many of allegations of crime directed at him and his Vice President. He has been accused of war cruelties towards Iraq and other countries.

As long as 2001 to 2009, Bush and Cheney became the most important people in United States and even in the world (due to the powerfulness of United States above all countries). The label of “axis of evil” attached in Bush’s image was apparently accurate. In the first period of his President career, he announced his famous doctrine which was “War on Terror”. The background of this movement was because of the miserable September 11 disaster.

Following that sad attack in New York, in his Presidency, Bush ordered United States military and several international coalitions to invade Afghanistan. A year later, Bush came up with the idea to launch the invasion of Iraq due to his believe in “Weapons of Mass Destruction” owned by the President of Iraq, Saddam Hussein. This Bush Doctrine had made the most powerful man in Iraq at that time, Saddam Hussein, lose his crown in Iraq. Taliban regime in Afghanistan was tripping down as well in the same year, 2003. Bush surely successfully condemned the boss of Al-Qaeda, Osama bin Laden, to give up the terrorists or they would experience the same thing.

According to Bush’s presidency, he also applied what nowadays would call as “torturing investigation technique”. To make his terrorism detainees talked, he authorized CIA to apply waterboarding and enhanced interrogation methods including hard tortures. This authorization technique of interrogation certainly broke the rule of justice.

We need
your help.
How much will you give to hold Bush accountable for his many crimes? Please act now — Make a donation today. 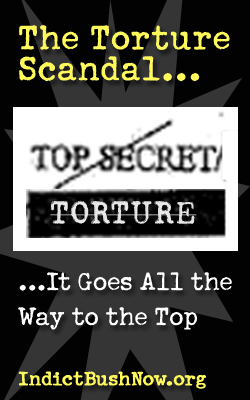